Cengage » Blog » No One Can Think Outside the Box

No One Can Think Outside the Box

Taxi services think inside a box. So did Blockbuster. So does Microsoft.

But here’s the thing. Uber, Netflix, and Apple also think inside boxes. So do you. So do I.

A box is a frame, a paradigm, a habit, a perspective, a silo, a self-imposed set of limits; a box is context and interpretation. We cannot think outside boxes. We can, though, choose our boxes. We can even switch from one box to another to another.

Boxes get dangerous when they get obvious, like oft-told stories that harden into cultural truth. Letting a box rust shut is a blunder not of intention but of inattention.

Boxes are invisible until we look for them. Let’s look.

Figure 1 presents a real company as shown by its an­nual report. If you’d bought its stock at 21 9/16, you’d have almost quadrupled your money over the subsequent four years. My question for you: would you buy its shares now? 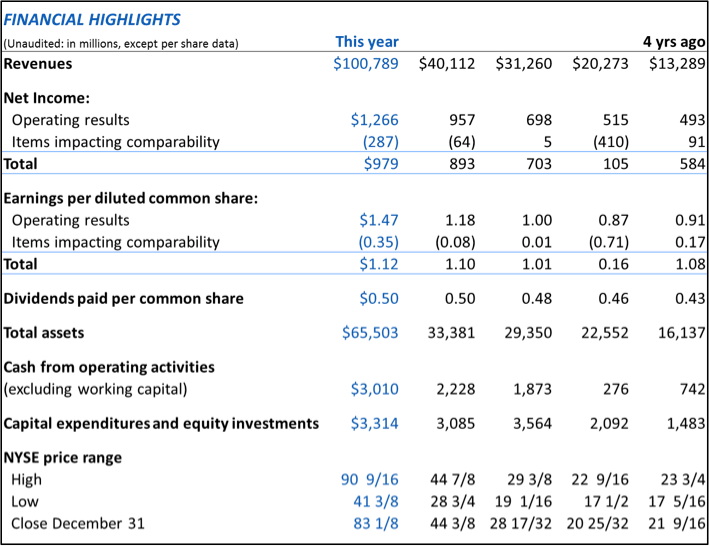 I’ve used the financial-history exercise in my corporate workshops on strategic thinking and in my classroom. I’ve observed that most people dive immediately into the numbers when I ask them whether they’d invest now. A cautious or suspicious few ask due-diligence questions.

Almost no one questions whether those numbers are appropriate for the decision at hand. They silently adopt the supreme box of the corporate world: the financial-accounting view of the company.

I am not saying that a neat tabular arrange­ment of money over time is inherently right or wrong. I am saying that it is unwise not to notice what analytic framework you choose to answer a question. Did the handy financial-accounting box keep you from noticing that I’d said nothing about the company’s market position, customer preferences, cost struc­ture, and much more? Did a box stop you from refusing to make an investment decision based solely on the financials?

The company is Enron.

Agility is much in demand. It doesn’t, or at least shouldn’t, merely mean hair-trigger reflexes. Something happened! Do something, quickly!

Agility means doing something smart, quickly. Here are some get-smart-fast methods I’ve learned while war-gaming and simulating Fortune 500 companies. Each of them involves noticing and switching boxes.

Thinking that you must act outside the box is also a box. My colleagues and I worked with a Fortune Global 50 company that had come up with a revolutionary change to its product. The change had passed every internal review. The company wanted one last test, a quantitative (simulation-based) war game, before they launched the revolution.

The simulation showed their revolution would work beautifully… as long as competitors didn’t mind. (Notice that such a possibility wouldn’t occur to companies in a Figure 1 box or even in a customer-research box. That’s why it’d passed the internal reviews.) Spending a little time thinking inside competitors’ boxes revealed that the revolution would trigger the equivalent of nuclear war. The company canceled the revolution.

So, don’t ask how you can think outside the box. Ask how many boxes you can think inside. Then, dive in. The revelations are fine.